Playing TempleRun I in the beginning of autumn doesn’t make much sense. You are somehow “disconnected” with the trendiest apps available in the Cydia App Store. Let’s try all the apps listed in the top 10 Cydia tweaks here to say goodbye to summer and welcome autumn. These apps and tweaks are currently the most popular and being used by millions of users. They will at least be in the top list until autumn 2014.

Velox has been frequently regarded as one of the best jailbreak tweaks ever due to its ability that allows you to run apps on your homescreen without leaving the homescreen. It was launched in 2013 and has been received many good LIKES. You should try this app. It is free and can be downloaded from Cydia App Store. 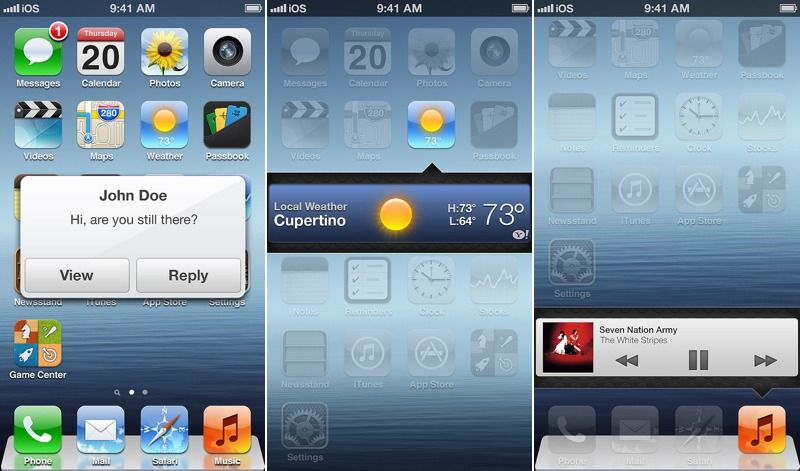 CouchSurfing, Facebook, Google, and many other apps regularly ask for your permission to access your current location. Some of the apps are not able to run if you don’t provide your location. Thus, if you don’t want to let anyone know your exact location, use LocationFaker. You can download it through BigBoss repo.

Since day one, SBSettings is already tagged as a must-have cydia app to manage your iOS device faster. This tweak has been in the market for a long time and the popularity is still as good as when it was just launched. The reason is the ability to let you access your frequently used toggles through an Activator gesture. Explore this tweak and you will fall in love with it.

Zephyr also appears not only once or twice but many times in this website. With a swipe from bottom of the screen to the top, the multi-tasking bar will be appeared. Apps can be switched by sliding left to right or vice versa.

Many people jailbreak their iDevice not only for free apps but also for free paid apps that is selling in Apple App Store. AppCake is an awesome Cydia tweak that allows you to download cydia apps for free. You can download cracked apps through AppCake in a few easy steps.

*Haven’t jailbreak? Jailbreak it now and download Cydia for free.

Some people like to use Chrome but some prefer Safari. There is nothing to worry with BrowserChooser as it allows you to change the default iOS browser. You can download it through BigBoss Cydia repo.

Dashboard is considered as the best Cydia tweak to change your springboard although it is not free. With $1.99, you can add widgets to your home screen and widgets window. This tweak also supports other widgets, for example, Twitter, Facebook, and others. Simply search for Dashboard X from ModMyi repo and you will see this tweak.

iBlacklist, can you guess what this app does? Yes, I Black List. This app blocks all the calls, messages, or sms from any number you don’t want to accept. Having too many stalkers? This is it!

To make your screen better, Winterboard is an app you need. This app simply boost the visual look of your iOS device. You can customize your homescreen and change the look of your device with some free Cydia themes. Everything can be changed including the wallpaper, sounds, and icons. Winterboard is available from Cydia repo. Go for it, go go go!

Most of our devices are in lock mode whenever we don’t use it. However, do you know that your device can still work for you in lock mode if you have IntelliscreenX? This awesome tweak allows you to place a few options in your lock screen such as weather report, SMS, email, feed, and more.