Remember in mid of June 2012 I have shared a few methods to download Cydia and get it installed to your iOS devices in five minute? It’s been more than a year but both the free methods and paid methods are still working especially Redsn0w, Greenpois0n, Sn0wbreeze, and iJailBreakTool. We are now in 2013 entering 2014, things are changing in high speed especially iOS technologies. Thousands of programmers keep working everyday to make mobile apps work better. Some programmers even try to modify coding in Cydia and see if it works on non-jailbreak iOS device.

About 14 months ago, a research has been done to prove that you can’t download Cydia without jailbreak on an iOS device. Today, a group of mobile developers and me are trying to figure out if someone has successfully installed Cydia without jailbreak and here are some of the results we get. For those who have been looking for a way to get Cydia and unwilling to jailbreak your iOS device, this information is very useful to you.

The most ridiculous experiment we have done to install Cydia with no jailbreak (Steps were created by a stupid, follow it if you want to screw your iOS device):

Step 1: Download an app to our iPhone 5 from Apple App Store called app vSSH client. The iPhone is connected to a Wi-Fi hotspot. There is a need to know the IP address and it can be obtained at Settings -> Wifi -> Open Connected Network.

Step 2: At vSSH client, the IP obtained in Step 1 is used as Host. Root is the username and alpine is the password.

What do we got? We have tried many other methods available from other’s blog. None of them is working. What we got is white screen, Cydia crashes when open, the device screen flashing then it shut down automatically. If you install Cydia in a right way and it is not working, you may refer to this – Cydia not working. 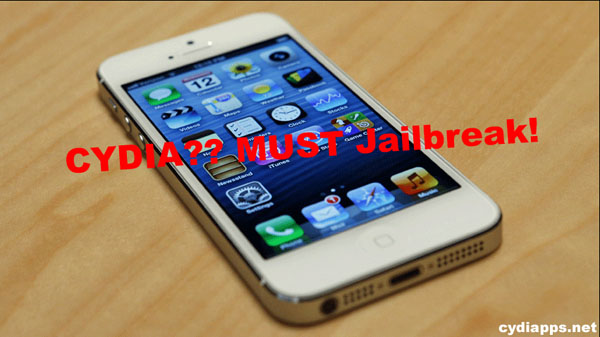 A conclusion our developers would like to make today – there won’t be Cydia without jailbreak. Well, not everything is impossible as all of us know the power of technology. Anything can be happened, who knows we will get Cydia as a free app from Apple in the future?